We're open 24/7 and ready to help you during COVID-19 with Sanitization Solutions.

Ventura County » Blog » Uncategorized » Burning Smell When You Turn On the Heater – What is It?

Burning Smell When You Turn On the Heater – What is It?

Published by SEO on January 10, 2022 in category: Uncategorized 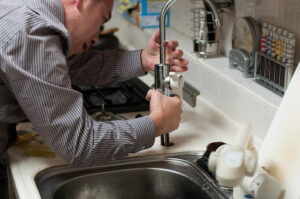 With the winters on our heads and the weather turning cold, it is time for you to think about lighting up your heating system. Chances are that you haven’t used your heating system for a while and will be turning it up again after an extended wait. While you may crave the comfortable feeling of warm air against your cold skin, you should be aware of the repercussions that come your way including burning odor from the heater.

After a long delay, turning your heater on will produce some burning smells, which need to be taken care of immediately for proper relief and maintenance. While you shouldn’t call the fire department due to burning smells from your heater, you shouldn’t also ignore the problem and let it be. Some odors from the heater can be normal, while others need to be taken care of and minimized.

In this article, we take a look at what you should do when you smell a burning odor from the heater. These tips and guidelines help prepare you for one of the most common problems homeowners face in the winter.

Is it Normal for Your Heater to Produce a Burning Smell?

Is it normal for you to smell a burning odor from the heater? No, it isn’t! However, it can often just be the smell of burning dust, which is nothing to worry about. If you turn your heating system on after a long day, you will definitely smell a burning sensation coming from the burnt dust on top of the vents. This is a completely normal occurrence and shouldn’t be thought of much.

However, we believe you should spring into action if you do smell an electrical burning smell. The electric burning smell from your heater is not safe and can carry multiple perils with itself. Heating units can produce several burning smells and odors, which we will discuss further in this article.

Why Does it Smell When You Turn on the Heat?

The burning odor from the heater comes because of a number of sources. All the dust and mold can settle within the system during months of negligence, which is why the blocked ventilation can lead to a burning smell. However, you can face a number of different smells, which we discuss in detail below:

The burning smell of dust is a common occurrence faced by homeowners when they first turn their heaters on after a brief hiatus. Naturally, all heaters are turned off during the summer seasons, which is why turning them back on in the winters can produce a few problems here and there.

The dust and debris should waive off after they get burnt and the heater has regained full operations. However, if the smell continues and turns stronger with the passing minute, then you should probably contact a restoration agent or an HVAC technician to oversee the problem and finish it.

Turning your heater on after an extended hiatus during the summer season can also produce a musty smell. This musty smell is basically coming from the mold and mildew that have accumulated inside the heater due to months of no use in the summer season.

Again, the musty odor should clear away with time. However, if the air quality doesn’t get better and the smell doesn’t go away, you should preferably call an HVAC agent and have them inspect the heater. The HVAC agent will either change the air filter or perform a professional cleaning of the unit.

Sometimes the odor you smell coming from your system is due to an electric issue than just rust or leftover dust from the months of inactivity.

An electric burning odor from the heater usually indicates a serious electrical issue in the electric components of your HVAC system. Knowing the intricate nature of most electric leaks, you cannot take this lightly at all costs. As your heater gets older, you may experience frequent electric repairs with it. An electric smell could also come from worn electric bearings present inside of your electric heater.

Not only does a worn motor and electric bearing lead to electric burnouts, but it can also draw more electricity from the system to increase your electric bills. If you leave this problem unattended, the heat generated from the warm wires could produce enough energy to be dangerous. If you smell an electric burning odor from your heater, you should immediately turn to an HVAC expert to avoid an electric fire.

HVAC cleanup and repair can be an extensive process if you don’t have the right team available. 911 Restoration of Ventura County is just a call away for you! You can get in touch with us to perform a thorough inspection of the damage in your home and clear it up for the future.